Ford Announces The Return of The Expedition for 2022 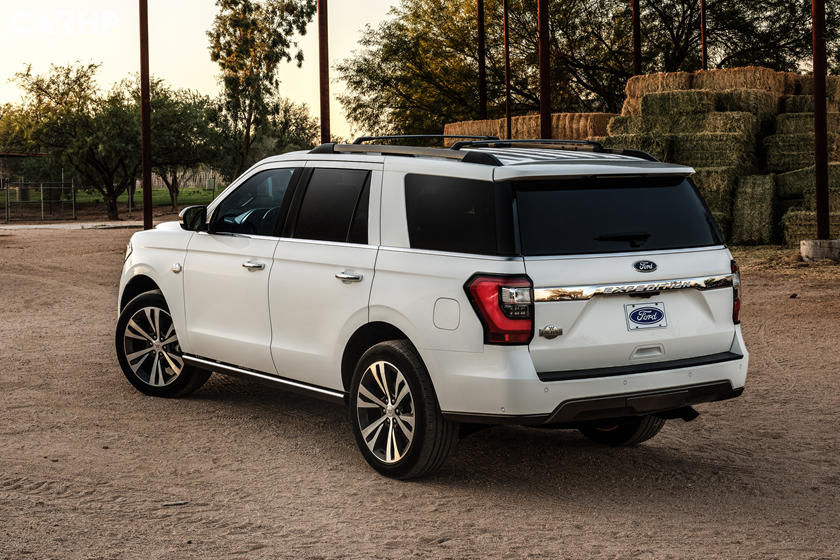 Earlier in 2021, Ford Automotive Group announced the fresh return of the Ford Expedition with a base model and a rugged Timberline trim as the premier submodels of the full-size SUV. Similar to the announcement regarding a Timberline packaged for the Ford Explorer, the Ford Expedition is following suit as well with a sporty trim and tons of technology jam-packed into the cabin.

For 2022, all Ford Expedition models will be powered by a twin-turbocharged 3.5L V-6 engine. The base models of the SUV will have the engine turned up to 380 horsepower, which is 10 horsepower higher than the 2021 Ford Expedition. For the limited and luxury sub-models, the engine will be tuned up to just over 400 horsepower and around 480 pounds of torque.

To go along with the premium and luxury submodels, Ford is offering a Stealth Performance Package that is designed to be ready to hit the dirt and muddy trails sooner rather than later. The upgraded packages feature an aftermarket grille, roof rack, running boards, and headlight housings. The rims and brakes are upgraded as well with 22-inch black aluminum wheels and bright red brake calipers.

As previously mentioned, the entire Ford Expedition lineup got many technological overhauls for this upcoming year. Ford continued its trend of adding BlueCruise, its hands-free driver assists feature, to their newer models. Other safety tech are present in the vehicle as well such as lane centering and speed sign recognition software.

There are numerous tech options as well that can be added into any submodel for various fees. An upgraded 15.5-inch touchscreen center console can be added in that resembles a trend that can most notably be recognized in Tesla vehicles. High-end speakers are available as an addition as well. Bang & Olufsen’s 22-inch speaker sound system can be added at the time of purchase as well to allow the whole cabin to be immersed with sound from the center console.

You can expect the first batch of 2022 Ford Expedition models including the Timberline to go on sale within the first quarter of 2022.