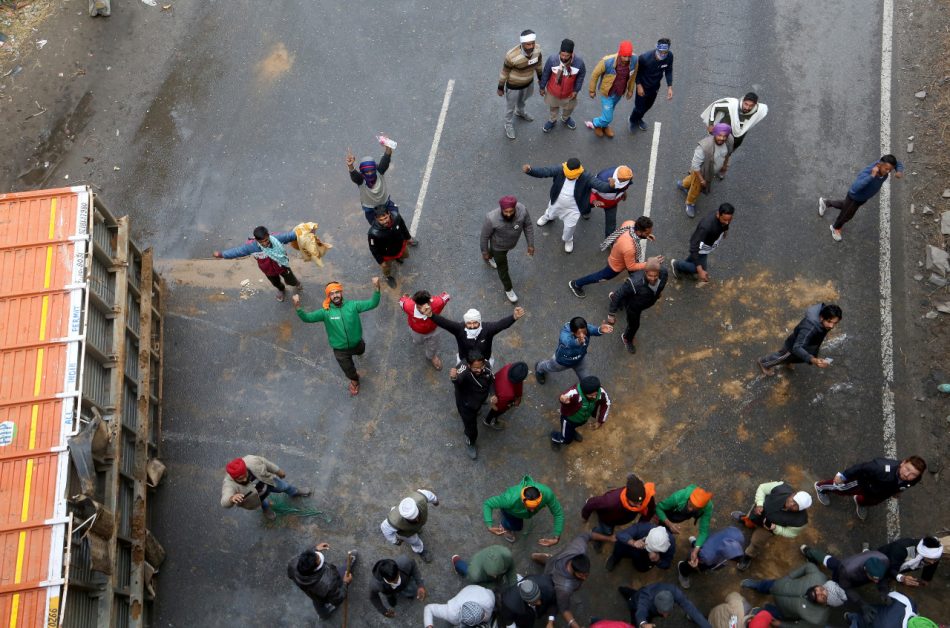 During India’s Parliament meeting on Tuesday, oppositional lawmakers accused Prime Minister Narendra Modi’s governing body of using high-end spyware to monitor and watch political opponents, journalists, and activists. The session ended abruptly as tensions grew at an all-time high with opposing lawmakers shouting slurs and insults towards Modi’s government and demanded an investigation before anything else is discussed.

Protesters entered the streets demanding action to be taken and shedding light on how this is a threat to national security and international security. The protests have started amid an investigation uncovering the global abuse of surveillance weapons across multiple countries around the world, especially in the Middle East.

According to the report, leaked data provided evidence that spyware named, Pegasus, which is used by Israel-based NSO Group, an infamous hacker-for-hire company, was utilized to monitor and unlock devices from numerous targets across fifty countries. As previously mentioned, these targets included journalists, political figures, influencers, and activists.

The information technology minister of India, Ashwani Vaishnaw, denied any allegations claiming they were “attempts to slander and undermine the Indian democracy.” The human rights activist group, Amnesty International, included a list of 50,000 cell phone numbers in the report. Out of the 50,000 cell phone numbers, journalists were able to identify more than 1,000 individuals across 50 countries who were allegedly selected by NSO’s clients for infiltration. 300 of these 1,000 individuals were verified Indian phone numbers.

The NSO Group has stated numerous times that it only sells its spyware software to “vetted government agencies” for use against terrorists and criminals. The Indian government has declined all questions regarding being a client of this organization. The decline and outburst in Parliament fueled public protests in the streets.

Identified names of the phone numbers on the list included many adversaries of Prime Minister Narendra Modi. Rahul Gandhi, Gangandeep Kang, Prashant Kishor, and Ashok Lavasa were the most notable names mentioned in the report. All of these names hold the highest power within the political opposition facing Modi.

India’s failures with civil liberties and upholding democracy have increased under Modi’s leadership. The Washington-based Freedom House downgraded India from “free” to “partly free.” Freedom House labeled it as “democracy under siege” with India being the world’s most populous democracy in the world.